The world is immersed into Augmented Reality (AR), a trendy technology which refers to computer displays that add virtual information to a user’s sensory perceptions. Currently, most AR research focuses on the see-through devices, which are worn on the head, overlaying graphics and text on the user’s view of their surroundings.

So, how do these AR systems work, simply put, they track the position and orientation of the user’s head to alight the overlaid material with the user’s view of the world? A process called registration helps graphics software place a three-dimensional image of a cap for example over a human head and keep it affixed when the user moves about in the room. While AR systems employ similar technologies, which are deployed into virtual-reality research, a segment where VR attempts to replace the real world in an enclosing way, augmented reality only supplements the same.

If you think that AR had a limit to what possibilities it can achieve then you are wrong. There is no real limit to what augmented reality can do to enhance the existing forms of entertainment.

Beginning from film and TV shows, Augmented Reality will allow film and TV shows to become more interactive that 3D-glasses could only dream to imitate. If you are a movie buff, then you must be interested in this. For the first time in history, augmented reality is ready to be used to bring films entirely off the screen by extending the visual story into the real world.

What about a time where you can see what happened into pages of history? Today, the experiments with AR allow users to know about historical locations with the help of their mobile devices that come with graphical overlays. They teach users about historical locations where they can play games using AR, explore tourist destinations, or even deploy AR to teach and warn people about safety conditions or as critical navigation. This is where AR may be headed in the future. The R&D labs of General Motors has been working closely with several prominent universities which include the University of Southern California and the Carnegie Mellon University to build an augmented reality system that could assist motorists when they drive on difficult driving terrains.

Movies, TV shows and the Media

Closer to home, augmented reality could make your movies, TV watching a bit more customized. Soon you may see controls and menus to be integrated into some fairly standard hardware like the AR glasses, allowing the control of varied menus with the help of simple eye-tracking technology presently available.

What more? Foreign TV shows and films could also be given real-time subtitles without needing to assimilate the subtitled versions, giving them a scope to reach out to a wide category of audience. The market is ready for the newer interactive films and TV shows like the recent hit, Netflix’s Black Mirror: Bandersnatch where the users have to select the options to let the story go ahead.

Moving forward, producers will want to ride the tech wave extend to greater heights where audiences already find technology compelling about their favorite connected applications and experiences. Additionally, as the target market gains new dimensions, in the future, users also need to re-examine the concept of story-telling and entertainment. AR in TV, Media and Movies will re-mold the audience behavior and give them new topics to interact on with people and places in real-time, catapulted to a new level where the user can map the story or information into any location in the world. Exciting it sounds, Doesn’t it!

Interactive gaming is the next generation of addiction. The Physical games can add entire layers of complexity when embodied into the AR world ranging from older card and board games to desktop applications, roleplaying games like Dungeons and Dragons and Warhammer. So how do physical sports benefit from augmented reality? Physical games have a huge impact by AR which happens by creating virtual opponents for practicing. Physical games, when infused by AR, could enhance the enjoyment of many casual outdoor activities like hiking, or trekking. 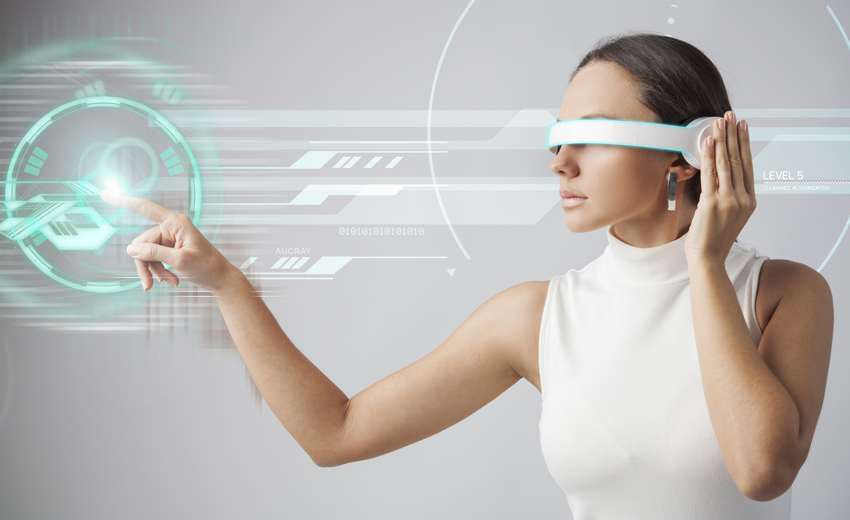 Do you know, toy manufacturer Mattel, in partnership with Total Immersion has created augmented experiences for the Avatar-inspired toy line, where each Avatar action figure toy includes a little scannable card that can be accessed via a webcam. The audience can play with an on-screen, augmented reality robot or character that goes live credit to the advancements in technology.

For entertainment purposes, AR has been used effectively into PR and marketing initiatives for a varied number of uses, these include other media promotional campaigns, motion picture and television domains. Typically, they include printed graphics or real-life object recognition wherein the software identifies a unique symbol via webcam or a cell phone camera. The software then activates the graphic overlay, tracking fixed coordinates within the webcam image. Don’t be surprised if you find unlocking a pseudo-3D mustache or hat which appears over your head like if you are wearing it. Even in that case imagine holding out your hand in front of the camera where onscreen a small 3D character appears comes and suddenly talks with you. All these are examples where objects and experiences are mapped onto video imagery all done in real-time.

Visiting ancient ruins may become a more active experience with AR. Imagine the Roman Coliseum coming to life right before your eyes, sounds impressive right? This will be a layer where AR transcends into consumerization to become more of a comprehensive storytelling experience.

Driving and Safety get New Heights

In the future, driving will be safer, courtesy to AR. The new system, called the enhanced vision system, would embed an array of cameras and sensors inside and outside vehicles to monitor a driver’s movements assisting with relevant additional information to help them work with real-time driving conditions. In the foggy or dark conditions, the system will assist drivers pointing towards road and points to upcoming road signs. This important information will be displayed on the car’s windshield, coated with phosphors on the windshield.

In a nutshell, AR can adapt to a variety of environments and with its sophisticated tracking capabilities, it has a lot of offerings to offer. Like a video game develops, an AR system must have interactive elements that compliment integration capabilities.

Summing up in a Nutshell

Many marketing departments and agencies are increasingly adopting the benefits of AR in greater proportions. While the initial experience has a wow factor, the audience will simply lose interest if the blueprint is not implemented successfully. AR in entertainment has a huge potential and marketers have slowly begun to realize the unmatched capabilities that AR can offer in the entertainment domain. 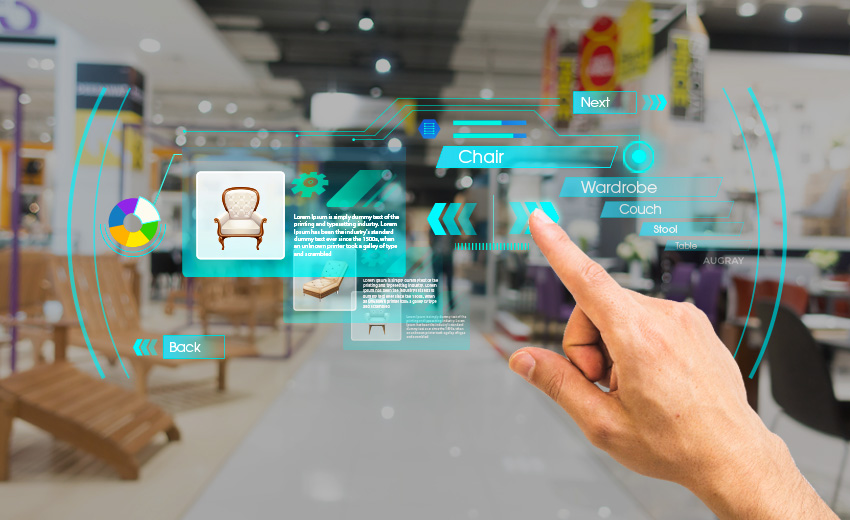 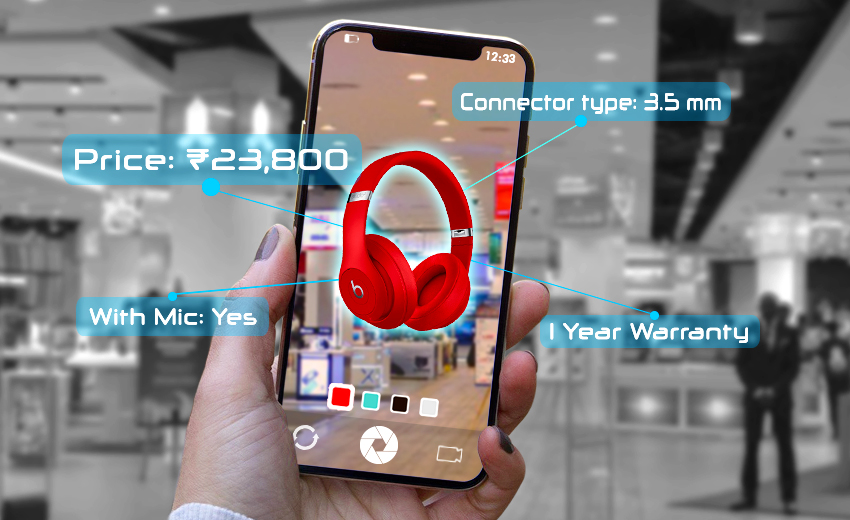 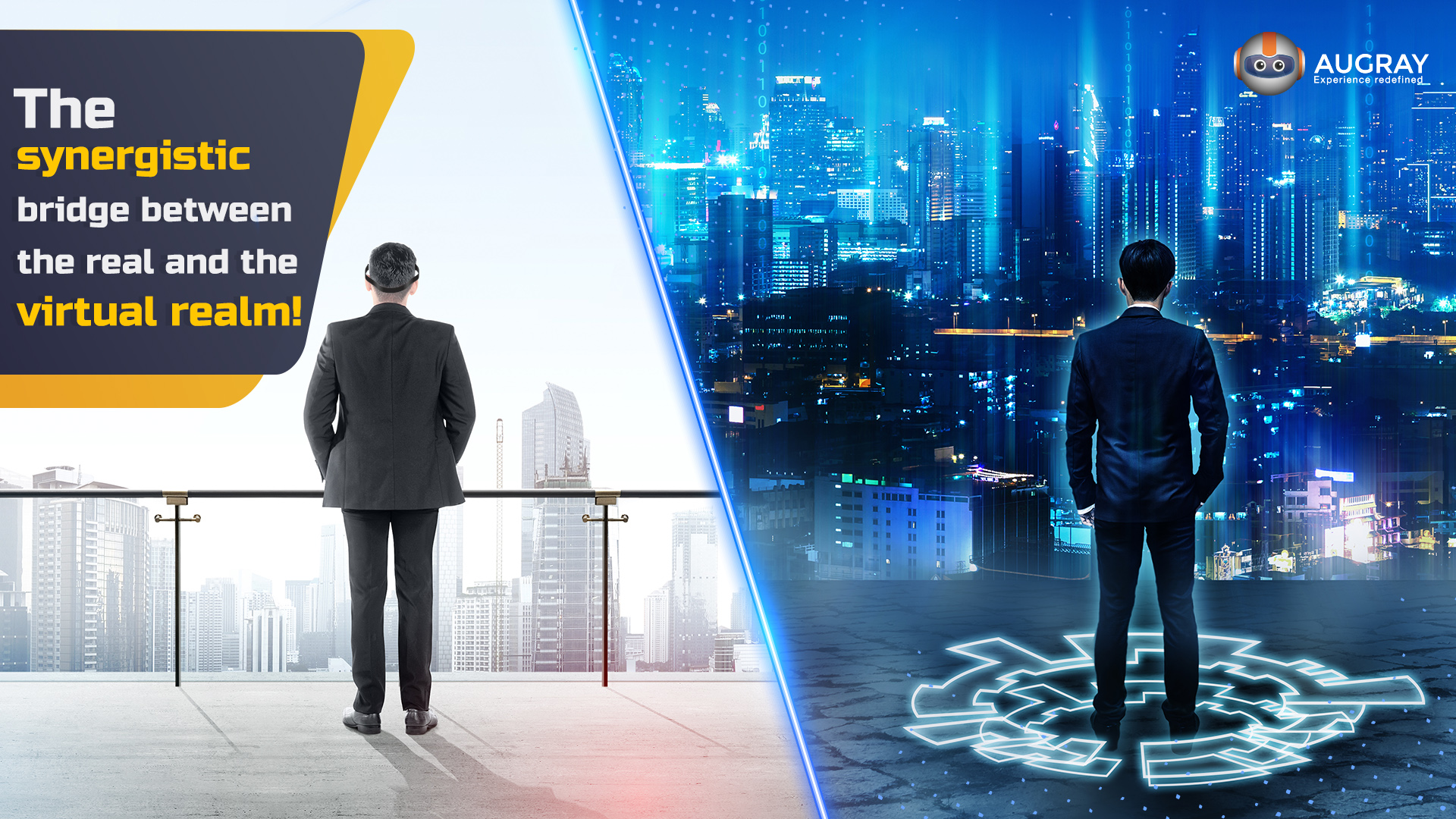 The synergistic bridge between the real and the virtual realm! 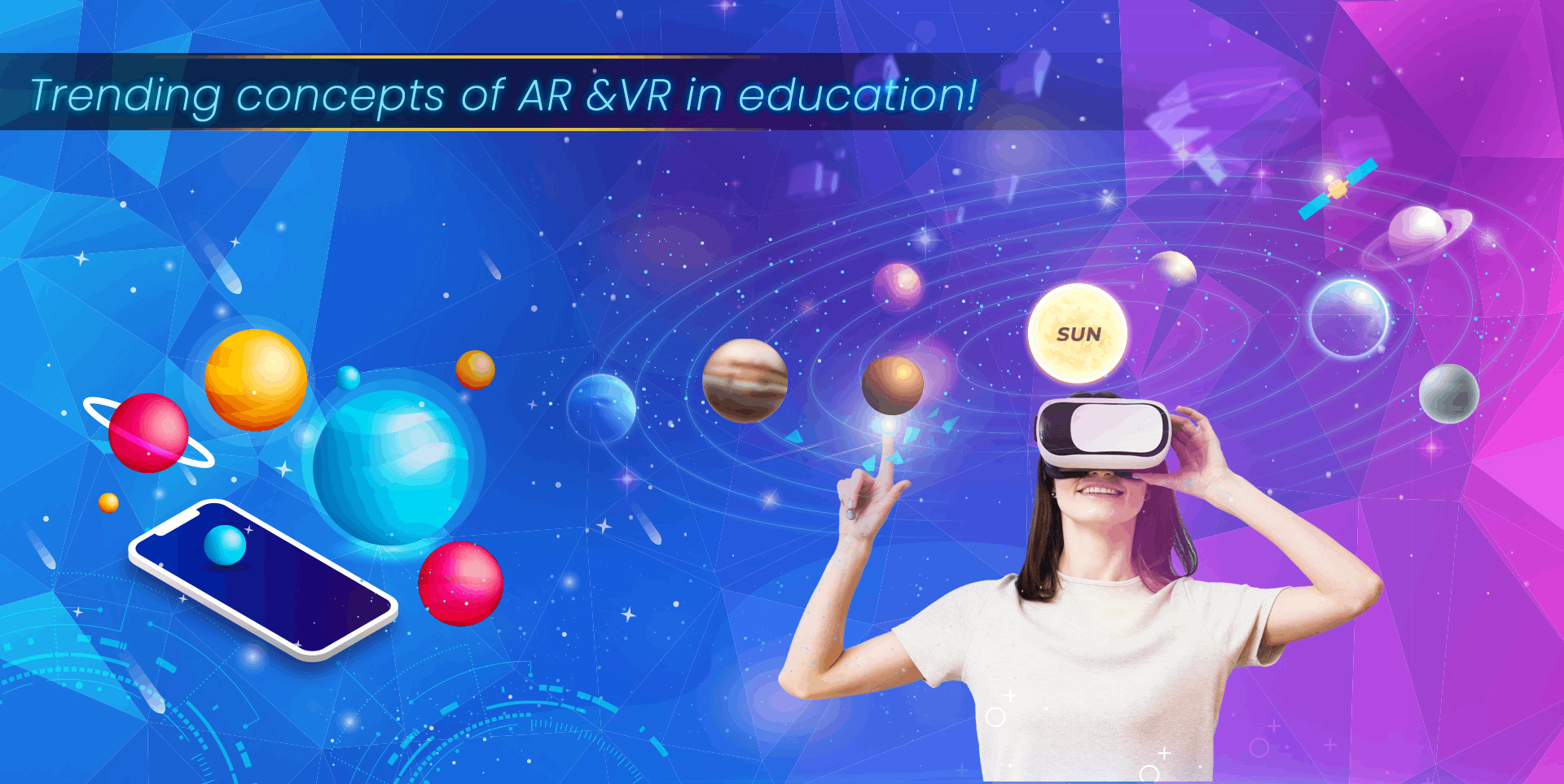 Trending concepts of AR in education! Ready to take a leap into the future? 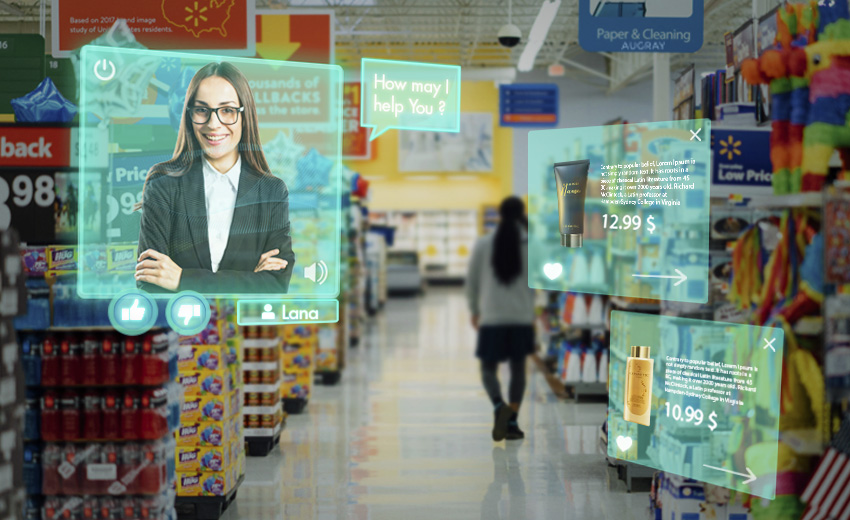 How large will the Augmented Reality consumer markets get? 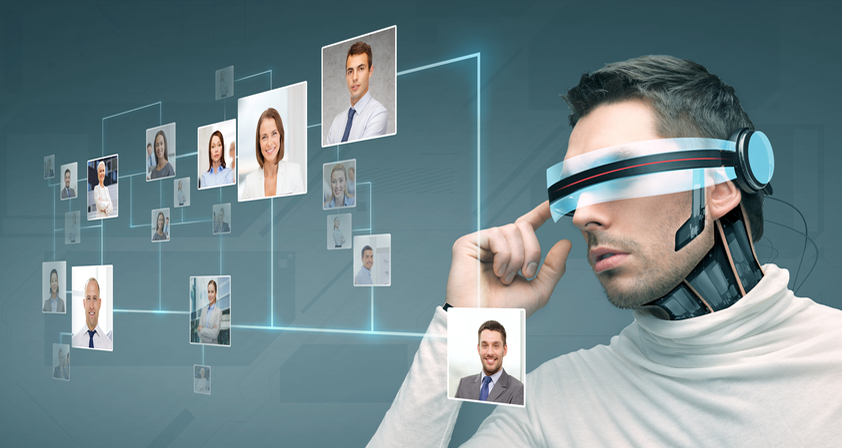 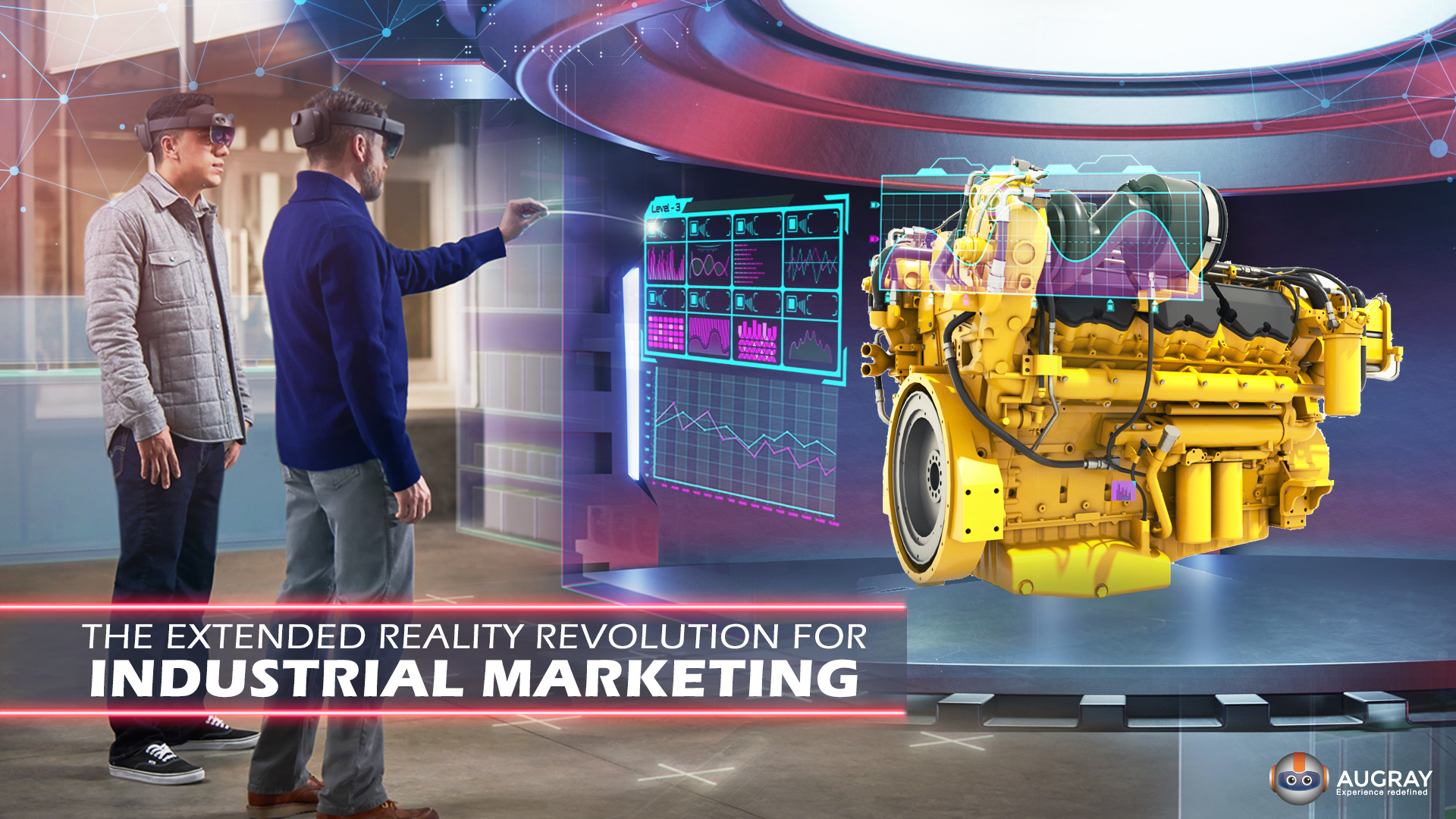