Augmented reality (AR) has just turned into a popular expression in the realm of innovation. It’s hard to discover somebody who’s never heard about Pokémon GO, a top-rated AR mobile game played by a large number of individuals everywhere throughout the world.

In any case, AR isn’t just about games. It goes far beyond gaming and simulation. AR has stunning prospects in numerous enterprises, from education to human services, and retail to design and modeling. AR is gradually making its way into advertising, and it will change the manner in which the digital market operates. AR makes advertising intuitive, enabling advertisers and sponsors to connect with buyers in absolutely new ways. Numerous organizations have already grasped this forefront innovation.

Brands are looking for inventive approaches to emotionally associate with their audience understand the need to integrate AR into their marketing, promotion and branding solutions. From personalized experiences to new quality advertisement formats, there are some progressive new advancements accessible to connect brands all the more definitively with customers. Personalization, brand loyalty and innovations like AR and VR are imperative today. While AR is associated with enhancing the consumer experience for retailers, for brands it is tied up with boosting the level of engagement and connection with their intended target group, leading to a different dimension of brand loyalty.

Envision if your sportswear brand offers customers an alternative to simply check your items day by day and get the updated athletic or sports news or tips on running. All things considered, at that point commitment with your buyer will make strides.

Let’s have a deep dive into why brands need to zoom into the mastery of AR.

Imagine, for example, an awe-inspiring billboard advertising a just-released film. Think about the enchantment AR can do: passers-by point their cell phone cameras at the billboard and watch the trailer on their cell phone screens. Which of these two options, a board or an Augmented Reality advertisement is probably going to prompt more interest? Almost certainly, most clients will choose an AR advertisement. 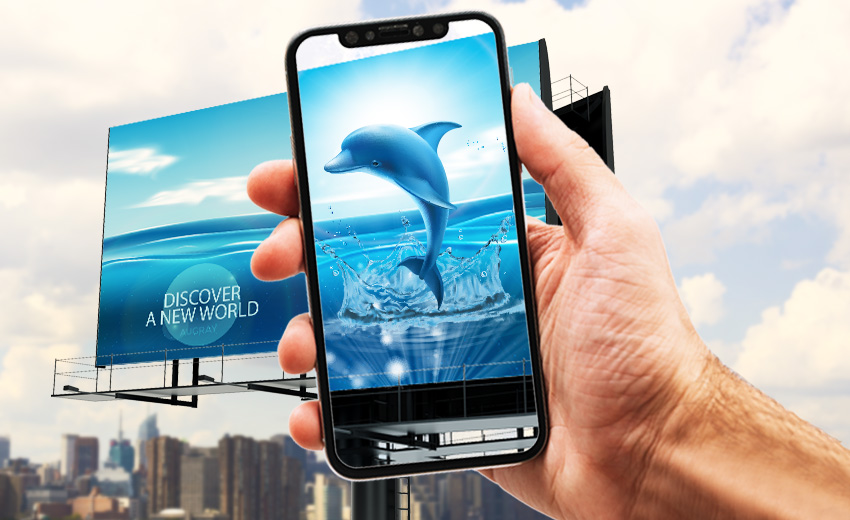 Interacting with AR promotions, customers feel like they’re playing an engaging computer game. This constructs an emotional connection with clients, urging them to buy. Obviously, a passionate association is an incredible tool for improving brand awareness. Individuals better review brands they have a positive relationship with, so AR advertisements are immaculate for promoting sales, as well as for building an organization’s reputation.

This procedure was utilized in the Arctic Home Campaign by Coca-Cola and the World Wide Fund. The campaign, aimed for the security of polar bears and their natural habitat space, incorporated an augmented reality occasion at the Science Museum in London. Guests could see themselves cooperating with virtual creatures in their natural habitat. This event helped Coca-Cola to make deep emotional connections among individuals and the brand.

Despite the fact that digital advertisements are incredibly popular, conventional print advertisements are still a long way from out of date. Nonetheless, putting advertisements in mainstream print magazines can be somewhat costly. For instance, one full-page color commercial in the Wall Street Journal may cost as much as $221,000, and the rates might be considerably higher in other national magazines. 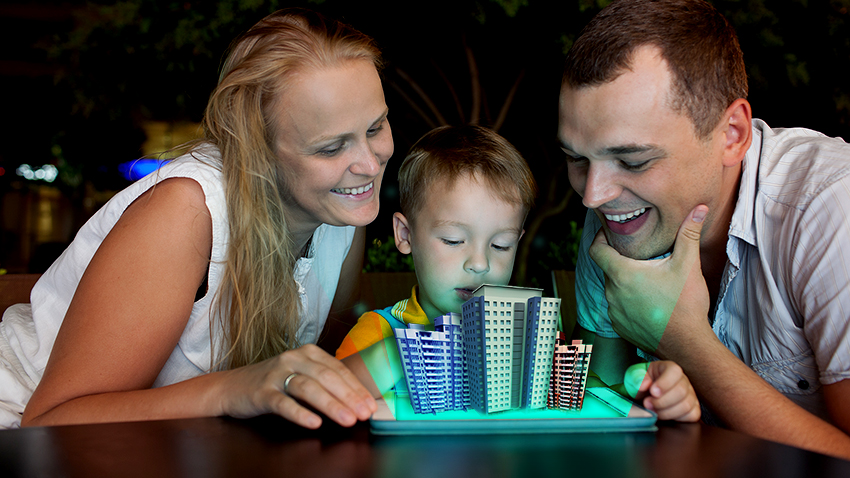 Augmented reality advertising is normally more moderate and undeniably more vivid than a print advertisement. Obviously, the cost for an AR promotion varies depending upon its quality: a basic Augmented Reality advertisement can cost around $5,000 to create, while an advanced AR campaign with outstanding designs may go up to $100,000. 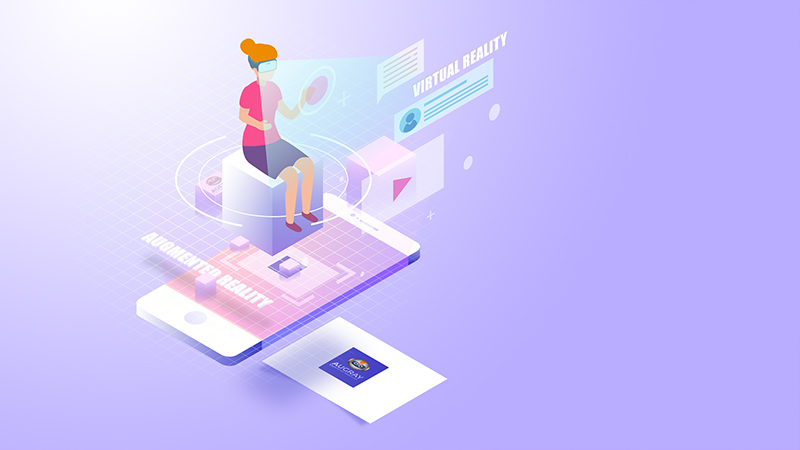 Dissimilar to conventional hyperlocal promotions that, for instance, inform clients regarding establishments, for example, bistros and outlets, AR hyperlocal advertisements are really vivid as they can indicate objects on a cell phone’s screen. Along these lines, clients are not just educated about spots that may intrigue them, yet are guided there also.

AR advertisements aren’t the only method for promoting products and services. AR offers different routes for advertisers and promoters to expand sales volumes through virtual try-on.

Consider going over a regular commercial, for example, sunglasses. You see pleasant photos of the glasses; however, would you be sure enough that they’ll suit you? This isn’t an issue if AR innovation is utilized: you’ll have the capacity for all intents and purposes tried on various glasses and pick the ones you like the most. Obviously, customers can try on numerous different things with AR: shoes, apparel, gems, watches, and that’s only the tip of the iceberg. This makes AR advertisements a useful asset for driving deals and increasing income. 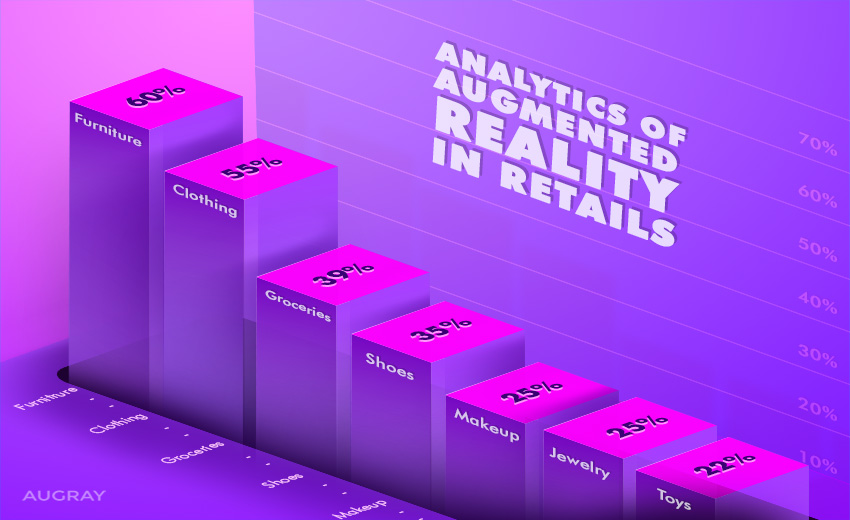 Snapchat was an early adopter of AR, and its clients paid heed. Actually, as per the application, 33% of its clients or around 70 million individuals play with lenses each day. Be that as it may, Cortney Harding, organizer of Friends with Holograms, says numerous brands aren’t taking advantage of the AR excitement Snapchat breeds. If a smaller brand truly needs to test an AR battle, Snapchat is an extraordinary place to begin. With every one of those channels, it doesn’t take that a lot to begin. While the expense of making lenses have, for a few, been a bit excessively steep previously, ongoing changes have made exploring different avenues regarding Snapchat pretty budget-friendly, as indicated by Vince Cacace, Founder, and CEO of Vertebrae.

According to Cacace, AR has been pretty cost restrictive. However, Snapchat has fundamentally brought down its costs and turned out to be altogether more self-serve. Presently, you can assemble creative and disseminate from $3-6 CPMs on Snapchat. Sooner rather than later, Facebook is moving to a progressively self-serve model. 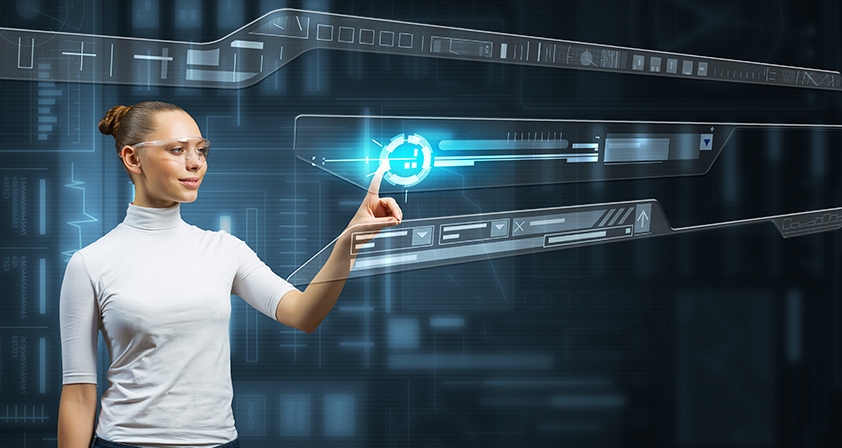 Augmented reality truly shouldn’t be a one-off experiment for brands just hoping to drive brand awareness. Rather than considering AR a gathering trap to earn attention, it ought to be a piece of a brand’s long-term storytelling strategy. As indicated by recent studies, 60-70% of buyers see the value in utilizing AR, however, 77% stress that AR makes devices more susceptible to information breaks. Organizations wanting to inspire groups of onlookers to defeat security fears to utilize AR will bring to the table clear value, rather than just fancy odds and ends.

And keep in mind that most specialists concur that Augmented Reality is digging in for the long-term, the window to being an early adopter is quickly shutting. Actually, 90% of organizations with incomes of $100 million or more are currently utilizing AR tech. Smaller organizations searching for AR brownie points should act fast.

AugRay, catering to this rise in demand knows that ignoring AR for advertising is not an option, anymore. So, we provide cutting edge AR solution to brands that want to adopt Augmented Reality into their marketing strategies that aim to boost sales, brand awareness, and customer loyalty.
Share
Tweet
Like
Share
Previous Article 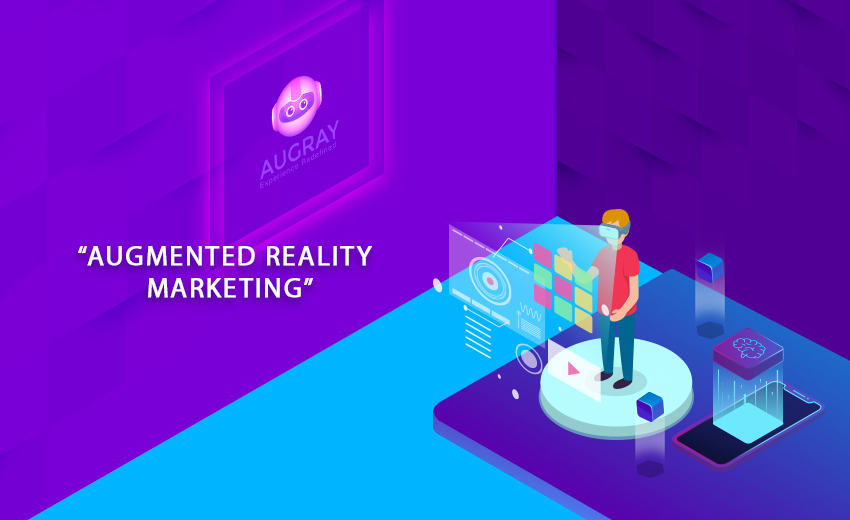 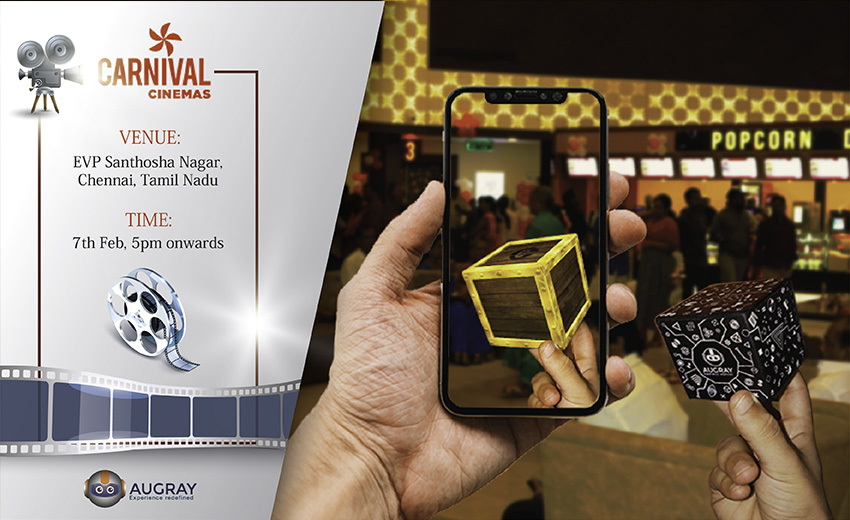 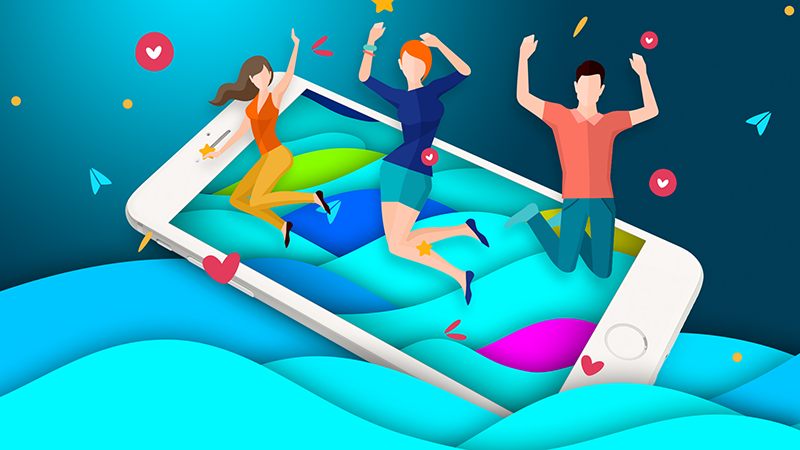 Here are Some Gigantic Influences Of Augmented Reality On Teens 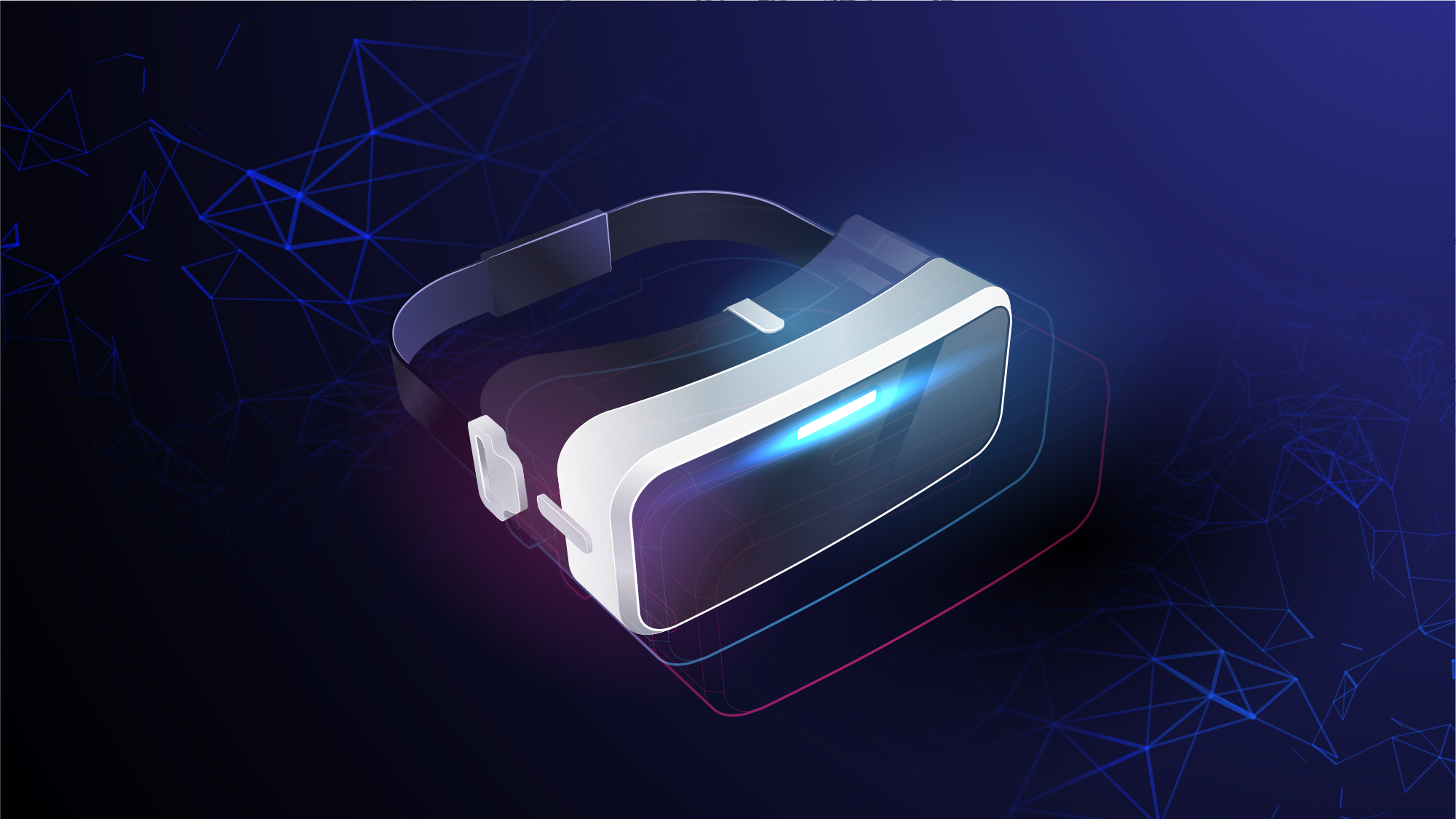 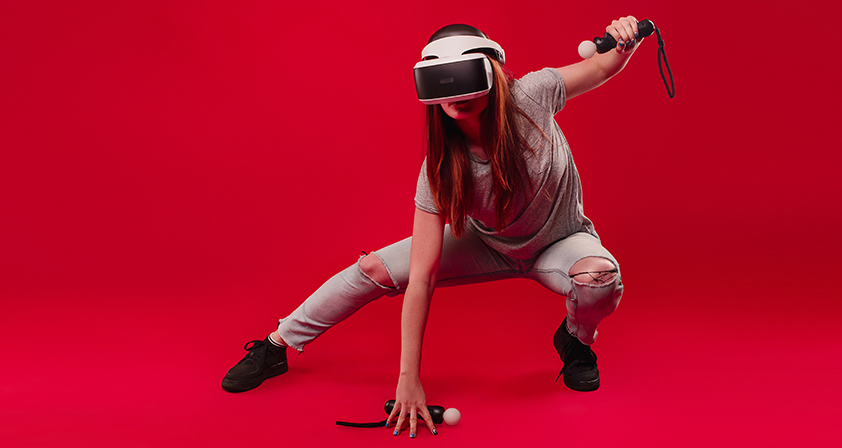